5 year old Annabelle F. from Hartland, WI reals in her first fish on Memorial Day Weekend on the Southern Shores of Bass Lake. Friends Liam and Audrey look on. 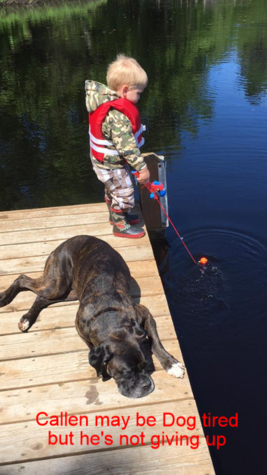 3 year old Liam hauls in his first real fish,  using a Spiderman pole and a sharp hook., while being coached by his 4 year old cousin Audrey. In true fisherman style, Liam refuses to divulge the exact location of his lucky fishing spot. May 24, 2017

Nice Catch!!  Send your fish photos to me at dan@hurleynet.com

I spoke with Dave Seibel, the DNR fisheries specialist, about the presence this Spring of DNR personnel and fish nets, etc.  For 11 days they were conducting the first year of a 2-year Musky population survey.  They will be back at ice out time next year, 2019, to complete that, as well as do a comprehensive survey of all fish.

Only the musky were measured this year, with a total of 21 caught.  The largest was 46 inches, weighing 21 pounds!

Informally, Dave was willing to share some findings about other fish.  He said they saw some nice Crappies, and that the Bluegill and Pumpkinseed were not too bad either.  They caught 4-5 Walleye per day, which he described as not real many, but nice big ones.
Great overall news is that fish are finally traveling freely between Bass and Summit Lake, which he described as working well.  When nature is allowed to take its course it is a good thing. 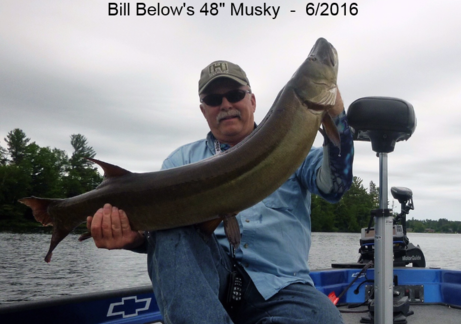 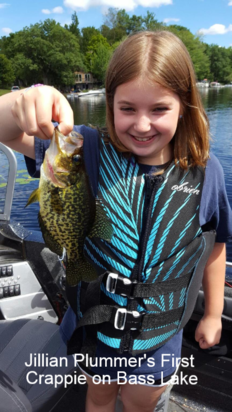 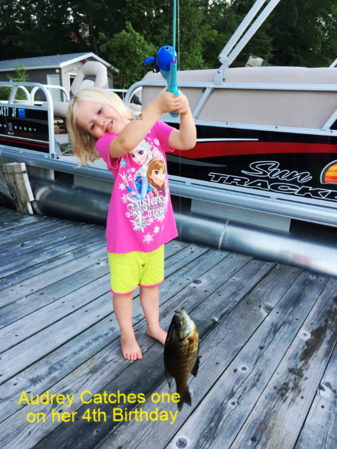 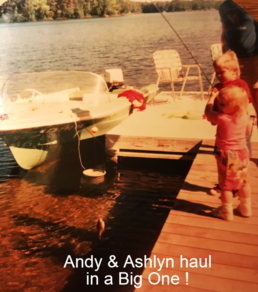 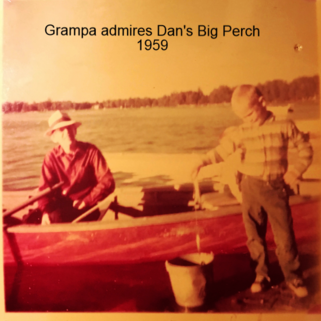 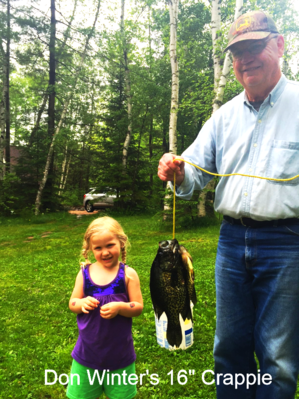 ........Boy the fish stories that must be told over their dinner table

Send your Nice Catch to :

with a little caption and we'll get it posted ASAP

Great nephew Damian Styche's second time fishing with his Uncle Dan Wink. Of course, our Winston needs to lick the fish as they are landed.